The Ikea Theory on Writing (it's just as unfathomable)

I was chatting to a neighbour the other day, groaning about a particularly badly written novel I was in the middle of editing.

"Some people just shouldn't write books," I said. "It's woeful and I'm struggling to make sense of it."

"Oh dear," he replied. "Hopefully she'll just self-publish and be done with it."

Whatever my neighbour was saying, it didn't bode well for me.

While I have had a book traditionally published, I now self-publish my own novels, and have nine indie books available on all the major channels. I sold over 3,000 copies last month on Amazon alone and have an average four star rating. I DIY, and I do so proudly.

Or at least I did, until we had our little roadside chat.

Despite my humiliation, I didn't call my neighbour on his words because I didn't want to embarrass him. He's actually a decent bloke and I knew that he knew I self-published books, so would be mortified by what he'd just said. I couldn't bear the look in his eyes when he realised his faux pas, the frantic backpedal, the attempt to swallow words and attitudes that were, frankly, indigestible.

Come on, guys, let's remove the scales from our eyes and modern up.

We no longer believe that the produce sold at Woolworths and Coles is better than produce from the farmers' market. That's laughable. We accept that mass produced furniture from Ikea usually fails in comparison to bespoke pieces made by a local carpenter. Yet we still cling on to the idea that if there's a Big Publisher behind a book, it must be somehow better. Surely we're better than that? Surely we're smarter? Surely we've read anything by Tara Moss, Mary Higgins Clark or Lynda La Plante? 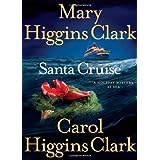 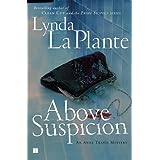 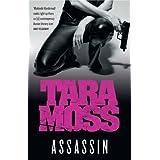 Now before you get up in arms and accuse me of my own bias, allow me to qualify: I know all three traditionally published mystery authors are HUGELY successful and have an enormous fan base, and all power to them. I'm not saying their work is crap, not at all. But I could name at least 50 indie mystery authors I've read who do a FAR SUPERIOR job. These lesser-known authors create prose that is so much richer, characters who are far less cliche, and plots that leave you gripping the edge of your bed each night.

Yet by destiny or design, they have gone the independent route, and while some are doing really well, others are struggling. And they're struggling thanks to the attitudes of people like my neighbour who clearly wouldn't give them a whirl because they haven't got the words Pan Macmillan or Penguin or Harper Collins somewhere in the opening pages.

How short sighted of him, and oh how he's missing out!

The changing tide
The indie book publishing world IS changing, and it's changing fast. Sales are zooming, profits are booming, and many writers now choose to go it alone. Yet the general population has a looooong way to go to catch up. My neighbour was not trying to be insulting, he just has a bias that should be left in the 20th century where it belongs.

All I ask today, dear readers, is that you give a book credit based on its content, not the imprint at the front. Take a look at the star rating. Look at the reviews. Read the first few chapters before you diss or dismiss. It's that simple.

Oh and be careful what you say to your neighbours. They might have just published another indie novel and be feeling pretty proud of themselves. Let's give them a pat on the back not a silent slap.

Happy (unbiased) reading everyone.
xo Christina
Posted by CALarmer at 18:17