'The Pre-Honeymoon': A Fun, Free Read

Hello and welcome to another of my free quick reads. This one has a splash of romance, in keeping with the month of Valentines. Happy (romantic) reading, everyone… 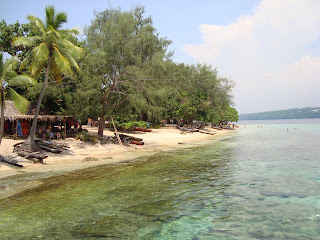 “My Dearest Callie,
Congratulations on your engagement. I’m thrilled to hear you’ve found a man you’d like to spend the rest of your life with and, with that in mind, I want to offer you a very special wedding gift you should both adore. I want you to come and visit me here on Tubu Island. You’ve been dreaming of visiting for ages, so here’s your chance! I’ve enclosed the plane tickets and all the information you need for a wonderful pre-honeymoon.
Yes, my dear, you read that right! There is one condition: you and your betrothed MUST take the honeymoon BEFORE your wedding, not after. Everything is arranged. My good friend, pilot Douglas Smith, will meet you on the mainland and fly you across. It’ll be such fun and so perfect for a young couple starting life together.
xo Aunty Mona
PS: Don’t forget the sunscreen!” 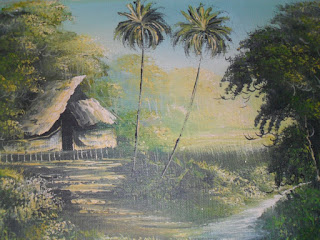 “You’ll get a killer view from your side!” the pilot called out from the cockpit of the tiny six-seater Cessna, which was now winging its way to Tubu Island. Callie shoved her face against the foggy glass, eyes wide.
They had already spent two hours in the air but it was the final 20 minutes in this tiny, vibrating tin can that made them gasp with delight when the island finally came into view. It looked spectacular, dotted with coral on one side and laced with beaches on the other.
“This is going to be the best holiday ever,” Callie said, gripping her seat for the final descent.
As soon as they landed, a local man appeared to help load their luggage onto the back of his wooden trailer, before suggesting they do the same, offering them cushions to soften their ride. Then he revved up the attached tractor and hauled them across the island, through long grass and past swishing coconut trees, up a slippery embankment and into the thickness of a rainforest before a final descent down, back into the blazing sun and the final grass road along the beach to Mona’s house.
While the cushions offered only a little relief from the rocking and swaying and chugging of the tractor, the couple felt no discomfort. All they could see was the giant adventure in front of them, and each other.
“Welcome, welcome to my humble island,” Mona called out as the tractor rattled to a halt just beneath a plump mango tree in front of the house. Callie jumped from the trailer and threw her arms around her aunt.
“It’s so great to see you!” she said, hugging her tight.
“And you,” Mona replied, glancing over Callie’s shoulder to the dishevelled man still sitting silently in the trailer. “Oh how lovely! You decided to stay?”
The man smiled shyly. “Yes, well, Callie and I had such a fun flight, she persuaded me to take a few days off and hang here with her. I hope you don’t mind."
Mona did not seem at all surprised by the extra guest, just crinkled her craggy features into a glowing smile and said, “Of course I don’t mind! In fact, I’ve already made the bed up. Welcome, Callie and Douglas, welcome to you both!”
Then, she quickly pulled her niece aside and said, “And Alex?”
“Alex who?” Callie replied, feeling an odd mixture of sadness and relief.
Later that day, as Callie lolled in the luminous waters out the front of the house, watching as the young pilot fired up the barbeque on the beach, a freshly caught fish in one hand, a sunburnt smile on his lips, she turned to her beloved aunt and said:
“Thanks for the wedding present, Mona. It was exactly what I needed.”

DID YOU KNOW: Tubu is based on a real island, Doini, in Papua New Guinea, where I spent many happy childhood holidays? It's also the setting of my stand-alone family mystery called An island Lost, which is available as an eBook and paperback @ Amazon @iBooks, @kobo, @nook...
Download it here 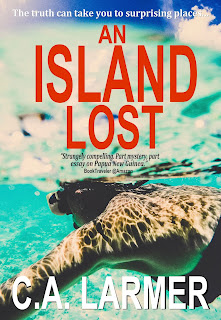