A nice name for a bad guy

So there I sat, bated breath, waiting for inspiring words from one of Australia's best-selling novelists, Bryce Courtenay (right, may he rest in peace). The popular and aging author of The Power of One, Tandia et al was part of a seminar at the Byron Bay Writers Festival several years ago. I had my ticket, a near-front row seat and a bucketful of expectations.

Then he let me down. Badly.

It was just one line, a few words of 'advice' but I felt cheated and demoralised and bitterly disappointed. On the subject of characters, Mr Courtenay offered something like this (and I paraphrase as I did not write it down, although it stuck indelibly in my brain so you can take my word for it):


"When naming your characters, always try and use a name that sounds like the character. So, say, Mr Black for the bad guy, and Hope for the heroine."

I wanted to throw up. I considered walking out. I wished I had taken him to task on it. 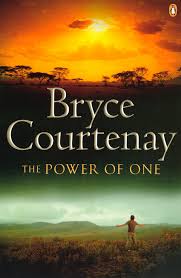 "Surely not, Mr Courtenay!?" Isn't that the height of predictability, a classic cliche? Isn't that just too bloody obvious? I mean, take my crime fiction for instance. You wanna give away the ending, go right ahead and call your murderer Johnny Devious all you like. Me, I prefer to surprise my readers, keep 'em guessing, not treat them like a pack of idiots.

Isn't the name Helen Gooding a better moniker for a murderer?

I'm sorry to speak ill of the dead but, on this at least, I believe Bryce Courtenary was wrong, dead wrong. Sure, he has had the success (and sales) I can only dream of so maybe it works, maybe I should just shut up now and defer to the expert. Yet something inside me says no, no, NO! I refuse to chase success/sales on the back of such sorrowful stereotyping. Better to be original than oldhat.

Can't we do better than that?!

I'm currently concocting names for the characters of my 6th Ghostwriter Mystery, hence the reason Courtenay's words have come flooding back. I am trying very hard not to make them too obvious, too much the murder mystery stereotype. And it's a lot more fun to go for trickery than predictability, that's for sure.

What do you think? Can't authors be a bit more surreptitious, readers a little smarter? Shouldn't we at least treat our audience with a tad more respect?

I'd love to hear from you. Jot me a comment below.

And happy reading! (May the characters you encounter be strong and surprising.)
xo Christina
Posted by CALarmer at 18:17