How cozy am I?

I'm often described as the author of 'cozy mysteries' and I have no problem with that. I've always celebrated that title because it sounds about right. I love cozy mysteries myself. I like to snuggle up in front of the fire and read/solve a good mystery without having my wits terrified or my stomach turn from all the blood and gore.

Give me a tiny dagger wound and a good riddle any day over a sleazy serial killer who tortures his victims and scares the bejesus out of his readers. No thank you!

And I guess I write that way, too. My murders are not prolonged bloodfests, there's no Mr Evil lurking on every page, stringing out your nerves or startling you under the bed covers. There's a quick death and a lot of clues to help you work out whodunnit. 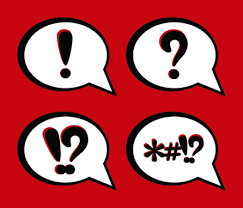 My characters tend to swear a lot. I mean, A LOT. And that's largely because most of my books are set in Australia. I've discussed this before, but it's important to remind everyone that profanities are a regular part of the Australian discourse. Love it or loathe, Aussies are a pretty foul-mouthed bunch. It's just part of who we are. An adult conversation is rarely completed without the odd 'bloody', 'shit', 'crap' and—dare I say it—f-word.

Doesn't bloody matter who you are or what friggin' class/wage bracket you're in, most of us swear. We don't give it a second thought. It's the laid-back, laconic image we have manifested and can't seem to shake off, even when no one's listening. Most of us don't have a problem with it, either, it's just a cultural thang.


Therein lies my conundrum. Because some of my characters cuss regularly and are quite gritty, does this negate the cozy title? I'd love to hear your thoughts on this. I know that many American readers of 'Cozy Crime', want the writing to be as benign as the murders and that's fair enough. Yet, as I tell my critics, to erase all the bad language in my books (which are largely set in Australia) would be like taking out the big hair, guns and the word 'ya'll' from a mystery set in America's deep south.

Yet to say my books are not cozy would be like calling Agatha Christie's work 'Thrillers'. We are what we are, give or take a few f-bombs.

What do you think? Does it even matter? Perhaps all this labelling is a bloody big waste of time? I'd love to hear from you. Jot me a comment below or email me directly: christina.larmer@gmail.com

Happy reading, everyone.
xo Christina
Posted by CALarmer at 21:38