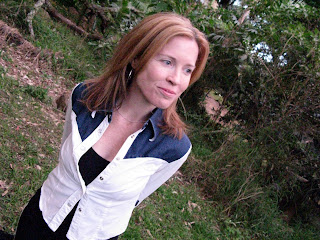 A reputable journalist and fiction writer for 20-plus years, Christina started her
career as a junior writer with Cleo magazine under Lisa Wilkinson and went on
to edit Australia's leading youth title TV HITS, and then national women's lifestyle
magazine B (which, during her tenure, out-sold Marie Claire, Vogue and Elle).

Christina has run publishing bureaus in London, New York and Los Angeles, has
freelanced for a staggering variety of publications—from The Australian Women's
Weekly to the Herald—and has published numerous short and commercial fiction.

Now a best-selling author on Amazon and via Barnes & Noble's nook, Apple iPad
and Kobo, Christina's fiction includes three crime series (the Amazon-bestselling
Agatha Christie Book Club series, the popular Ghostwriter Mysteries and
the Posthumous Mysteries) as well as After the Ferry, a psychological
suspense, and An Island Lost (an adult fiction novel set in the tropics).
All are available as eBooks and paperbacks at Smashwords, Amazon,
Apple iBooks, nook, kobo, IngramSpark and other reputable online sites.

Christina has also published a corporate biography called A Measure of Papua
New Guinea (Focus; 2008) and has articles published in Australian text books
and design manuals.